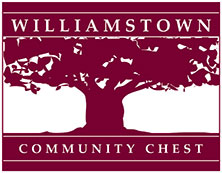 Two FREE screenings of Coco, the Oscar-winning animated classic from Disney Pixar, on Saturday, March 17 at 11 am and 2 pm at Images Cinema!

Winner of Best Animated Feature and Best Song at the Oscars earlier this month!

Box office will open at 10:30. Tickets will be available first come, first served. (Images Cinema is located at 50 Spring Street in Williamstown, MA.)

Young Miguel dreams of becoming an accomplished musician like his idol Ernesto de la Cruz, despite his family’s generations-old ban on music. Desperate to prove his talent, Miguel finds himself in the stunning and colorful Land of the Dead. After meeting a charming trickster named Héctor, the two new friends embark on an extraordinary journey to unlock the real story behind Miguel’s family history.

“It’s a whimsical, touching and heartfelt celebration of Mexican traditions and folklore, and it’s one of the more original stories the acclaimed animation studio has told in years.” — The Dallas Morning News 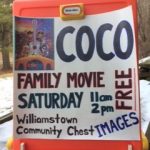 Two Free Screenings of “Coco” on March 17 at ImagesEvents
Scenes from the 2018 Annual MeetingHome, News